What can first time buyers expect with the 5% mortgage scheme? What we know so far

With an intention to ‘fix our broken housing market’, Prime Minister Boris Johnson announced a new long-term, fixed rate, 5% deposit mortgage scheme for first-time buyers on Tuesday 6 October 2020. As part of his vision to rebuild post Covid-19 Britain, the emphasis is on turning ‘Generation Rent’ into ‘Generation Buy’ and supporting struggling homebuyers to get onto the property ladder.

The Prime Minister said that up to 2 million people who could afford repayments could not get home loans, presumably due to the stringent affordability tests they face when applying for mortgages which lenders undertake to protect them from bad debts during an economic downturn.

Explaining how the scheme would work at the Conservative virtual party conference, Boris Johnson confirmed that the Government intends on taking some of the loan risk in the form a state guarantee.

Although vague on the details, he also added the scheme would work to remove the ‘stress tests’ carried out by banks, whereby lenders analyse hypothetical scenarios to determine whether they have enough capital to withstand a negative economic shock, such as deep recession or a financial market crash.

Prior to the pandemic, first-time buyers were able to purchase a property with a 5% deposit, however major lenders, including HSBC and Santander, have since withdrawn almost all of these except a few specialist options. Currently, deposits tend to be between 15-20% of the price of a property and it has even resulted in lenders, such as TSB, holding flash sales for mortgages. This scheme is reminiscent of a similar Help to Buy mortgage guarantee scheme that was introduced by the Government towards the end of 2016, which offered lenders the option to get a guarantee on a 95% mortgage. If the borrower missed a repayment, the Government would incur some of the loss.

Irresponsible lending in the 2000s was blamed for contributing to the collapse of some financial institutions that had offered mortgages on low value deposits or even loans larger than the purchase price. This partly caused the number of households in the private rented sector in the UK to increase from 2.8million in 2007 to 4.5million in 2017. The Mortgage Market Review remains in place to protect purchasers from reckless lending practices.

Since the announcement, the Prime Minister has faced criticism not only because of the lack of details regarding the scheme, and therefore the risks involved, but given there is already an inadequate supply of housing to meet the current demand, house prices continue to soar. One survey conducted by Nationwide revealed that house prices rocketed in September 2020. Leading economists are predicting a fall in house prices towards the end of the year, or the beginning of 2021.

We expect to circulate details of the new mortgage scheme when information becomes available.

If you are a first-time buyer wanting advice on a property purchase then please do not hesitate to get in touch with our specialist team by telephone on 020 7052 3545 or by email at info@kaurmaxwell.com 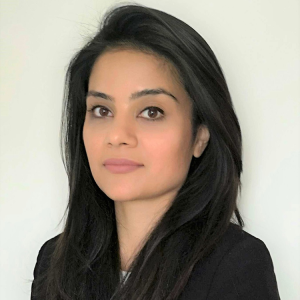 Nishtha qualified as a solicitor in October 2019 having trained at a regional law firm whilst based at their London office. Prior to qualification, Nishtha spent several years working as a paralegal specialising in the real estate sector. Nishtha completed a LLB Degree in Law at Sheffield Hallam University graduating with first class honours in 2011. In 2015, Nishtha completed the LPC at BPP Leeds graduating with a distinction - View Profile